July 31, 2013.  This morning we are packing to drive from Versailles to Paris. We have spent 5 days in and around Versailles. On Saturday, we took a guided tour of Versailles. It is the largest chateau in France. At one time, it had 6000 residents!  King Louie XIV lived in Versailles as well as Marie Antoinette. The king had a public bedroom, a private bedroom and no bathroom. Figure that one out. Of course, the queen had her private bedroom also.  It is rumored that the king only took one bath in his life!  The gardens that are behind the palace stretch for 1.5 kilometers in all directions.  On Sunday, we went to mass at the Cathedral in Chartre. It was truly amazing to see the spires of the Chartres from 5 miles away. Once inside, we were overwhelmed by the beauty of the stained glass windows. Chartres is in the process of cleaning up the interior.  The difference between those portions that have been cleaned and those portions that have not are dramatic. Three hundred years of dirt have been stripped away to reveal the most beautiful stone. On Monday and Tuesday, we spent the day with Dominique and Alain Desmadryl, their adult children Yann and Aude.  You will recall that Dominique was my pen pal since 1966. We had a wonderful visit, fantastic home cooked french food and wine selected by Alain who has a passion for French wines. On Tuesday, we visited the vineyards of Sancerre, Rita’s favorite wine, for some wine tasting and also sampled the local goat cheese called Chavignol.  We were reminded that All French cheeses are named after the village from which they come from so there is an immense amount of local pride revolving around the production of cheese in the small villages. Last night, we had a 5-hour dinner in a restaurant occupying a former Abbaye des Voux de Cernay from 1118 started by monks. A great way to say “au bientot” to our French friends and a great send off to Paris, the city of lights.

We love and miss everyone. Norm & Rita.

Then we had a great visit with Norm’s French Family, the Desmadryls, Dominique, Alain, Yann, Peggy and Aude. 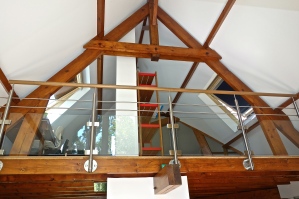 Cool place they have.

Vineyard in a cave 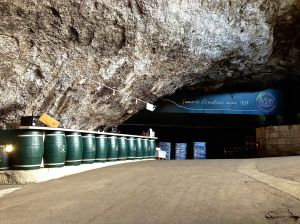 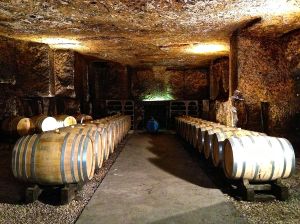 This is their “PREMIUM” Wines.

After the tasting, Norm and Dominique pose for a picture while Alain takes care of business. 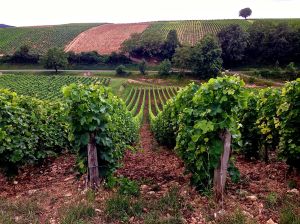 We were worn out afterwards!! 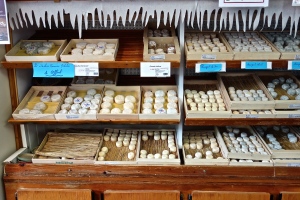 They make all of this here in this tiny village. 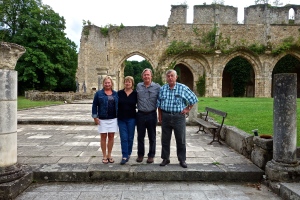 Panoramic view because it is to big to photograph! 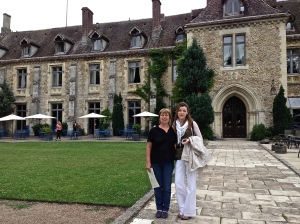 We had aperitif’s on the patio first. 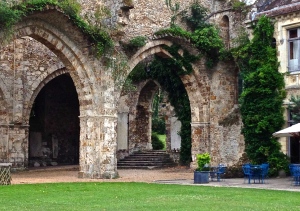 Such a beautiful place

Cathedral of Chartres, from 1193, known for the best stain glass windows. We had Mass here on Sunday.

This is the called the Rose Window.

View of Alter from our front row seats. 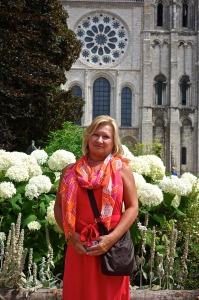 Notice the beautiful GIANT snowballs ?? These are in the church courtyard.

3 thoughts on “Versailles via Breuillet, France”