Hello Everyone.  Yes, we do still exist.  We heard from so many of you wanting to know why we quit blogging.  Thanks for letting us know you read our blog and that it is missed when we fall behind on our blogging.  We fell behind because we had a few disappointing days.  Of course, not every day can be great, even when you are traveling around the world.  We are not complaining.  But, the last few days just fell short of our expectations.  Monaco had a lovely harbor with mega yachts; our hotel had cars parked in front such as Ferraris, Lamborghinis, Bentleys, Audi A8s and some cars we had never heard of.  Monaco also has a Prince with a palace and a love story involving Princess Grace that we all grew up with.  The belle époque Casino at Monte Carlo has been used as a backdrop for many movies, and the Hotel de Paris, is stunningly beautiful.  But, it was just too much glitz for us, so we moved on after two nights. The final straw was when our concierge asked why we would want to eat in any restaurant that was not “a luxury restaurant”!!! …  Maybe because we were looking for a casual dinner, duh??   Next, we drove from Monaco to Nice, which anchors the eastern end of the French Riviera. On the way we visited Beaulieu and Villefranche, two of the loveliest French seaside villages you would ever want to see.   In Nice we had a nice hotel room overlooking the Mediterranean Sea.  The Sea is so blue, a special blue that can only be claimed by the Mediterranean.  It really cannot be described in words.  We walked the city of Nice, including its old town, and along the Promenade des Anglais, which is lined with palm trees and has a 4-lane street “au bord du mer” as the French would say.  We had planned to spend two nights in Nice, but we thought Nice looked a little tired and worn out.  So, we did not even unpack the one night we spent there and left early the next morning.  The drive the next morning took us along the Mediterranean Sea through seaside villages such as Antibes, Juan les Pins, Cannes, St. Raphael and St. Tropez.  All of these cities were unique and special in their own way and with their own ambiance.  We arrived in St. Tropez late and its harbor was filled with mega yachts and the women on the street were all dressed to the nines in heals while doing the most mundane and routine tasks such as buying gasoline or grocery shopping.  After our experience in Monaco, St. Tropez just did not feel right to us so we really spent very little time in it.  We decided to head west to find a small French village more to our liking.  So, we drove.  And, we drove.  And, we drove.  And 12 hours later we were in Cassis France at 8:00 PM, but there were NO hotel rooms to be had.  So, we drove further west another 4 hours and arrived in Sete, France at midnight, 16 hours after we had left Nice, where we found a room for the night.  The room was very basic, clean, and adequate.  After a very short night of sleep, we were up early and drove to Le Cap D’Agde where we found a room to our liking and headed to the beach for the day.  Between Sete and Le Cap D’Agde there are about 40 different beaches, all of which are sparkling clean, not crowded and you can stop along the road whether you are in a car or camper, park and head into the water.  We were amazed at the amount of people that do just that.  Stop their camper, park it on the side of the road and “camp” for the weekend right there.  The water was reasonably warm and so clear that we could see our toes through the water, the beach was very, very clean, and the food, of course, was excellent.  So, we are now in a better frame of mind and are going to stay here for two nights before we turn north to go to Paris and visit our friends the Popots and Desmadryls.  All is well with us.  The sun is shining and life ain’t so bad after all.  Thanks for hanging in there with us.

Love you and miss you. 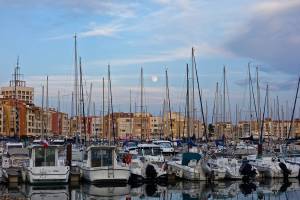 This is Cap d’Agde. We ate a great french meal at L’ami Louis. It was fabulous! 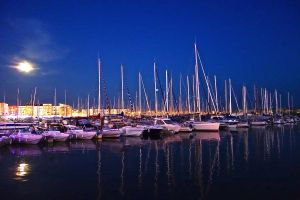 Then the moon was awesome in Cap D’Agde. 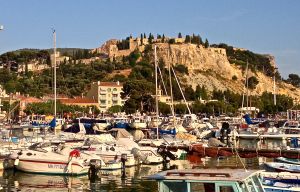 We found Cassis and decided to try for a room here, but had to settle for just dinner on the harbor. 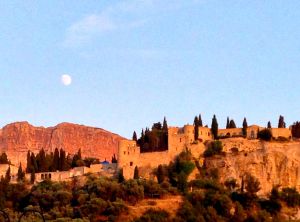 The sun was setting when we left, thought is was very pretty colors. 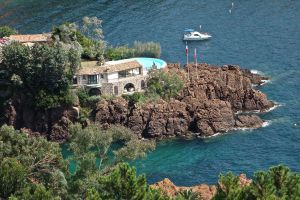 St. Raphael, very nice place along our route. Would love to have this pool and view for sure! 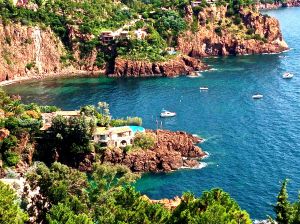 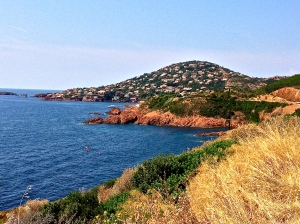 Nice little village up ahead of us. 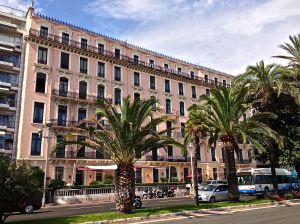 Nice, we didn’t think it was so nice. LOL! 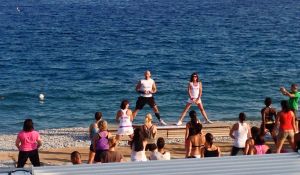 They do their exercising on the beach, mind you the beach is all rocks here. 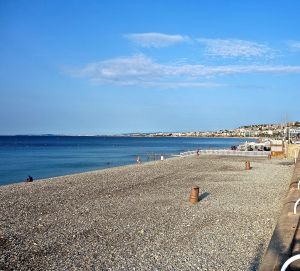 Beach, the calm before the storm 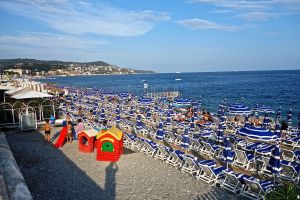 Now the storm is here 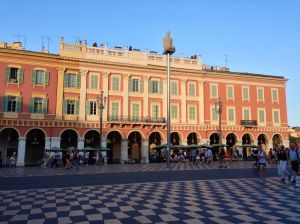 Notice the statue on top of the pole. These are everywhere here. 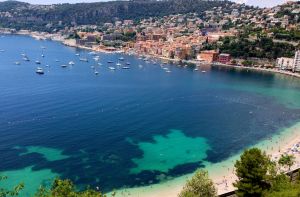 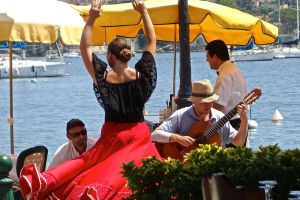 We didn’t know we were going to be entertained during our lunch. It was very nice. 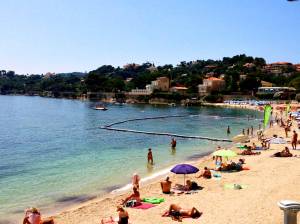 We stopped here to have some lunch 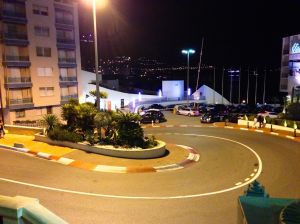 This says it for sure 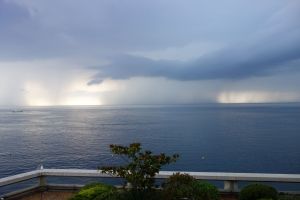 A storm brewing on Monaco 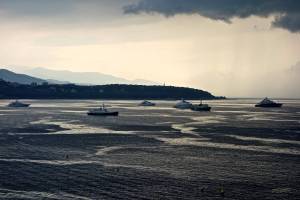 It was nice to watch this come in and go 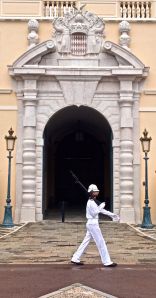 Outside of Prince Ranier’s Palace 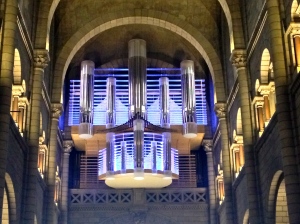 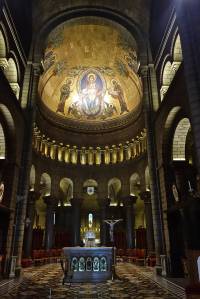 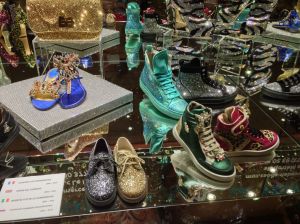 Blitz and Bling in Monaco 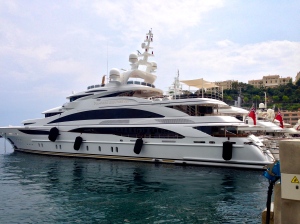 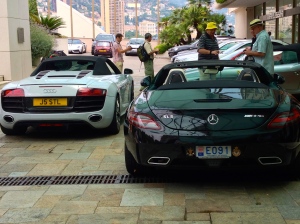 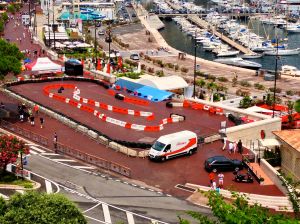 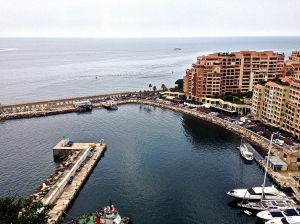 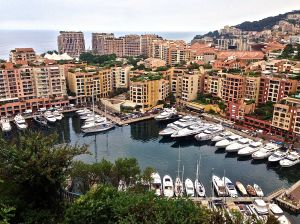 Another View from the top!